Home Bachelor of Laws 1st Semester What is the nature of Indian Constitution? What is the nature of Indian Constitution? On what grounds is its spirit of federalism challenged? Mention its important features.

Dr. Ambedkar has categorically said in Constituent Assembly discussions that notwithstanding certain provisions that centralize the powers, Indian Constitution is essentially federal. Prof. Wheare and some other academicians, however, are hesitant in calling it a federal constitution and prefer to term it as “quasi-federal” or “federal with strong centralizing tendency”.

Though, it should be noted that even prof. Wheare accepts the existence of certain provisions in the American constitution, such as dependence of Senate on States, that are contrary to federal character. However, he says that while the principles of federalism should be rigid, the terminology of “federal constitution” should be wide. A constitution should be called federal if it displays federal character predominantly.

The following are the defining features of federalism.

All the above characteristics are present in the Indian Constitution. However, there are certain provisions that affect its federal character.

1. Appointment of the Governor of a State
Art 155 and 156 provide that the Governor, who is the constitutional head of a State, is to be appointed by the President and stays only until the pleasure of the President. Further, that the Governor can send the laws made by the state for assent from the President, who can veto the law.
It should be noted that Governor is only a ceremonial held and he works on the advice of council of ministers. In past 50 yrs, there has been only one case (re Kerala Education Bill), where amendments to a state law were asked by the center and that too after the opinion of the Supreme Court. Thus, it does not tarnish the federal character and states are quite free from outside control.

2. Power of the parliament to make laws on subjects in the State list.
Under art 249, center is empowered to make laws on subjects in the state list. On the face of it, it looks a direct assault on the power of the states. However, this power is not unlimited. It is exercised only on the matters of national importance and that too if the Rajya Sabha agrees with 2/3 majority. It should be noted that Rajya Sabha is nothing but the representative of the states. So an approval by Rajya Sabha means that States themselves are giving the power to the center to make law on that subject.

3. Power to form new states and to change existing boundaries
Under Art 3, center can change the boundaries of existing states and can carve out new states. This should be seen in the perspective of the historical situation at the time of independence. At that time there were no independent states. There were only provinces that were formed by the British based on administrative convenience. At that time States were artificially created and a provision to alter the boundaries and to create new states was kept so that appropriate changes could be made as per requirement. It should be noted that British India did not have states similar to the States in the USA.

4. Emergency Provisions
Center has the power to take complete control of the State in the following 3 situations :

In all the above cases, an elected state government can lose control of the state and a central rule can be established. In the first case, it is very clear that such a provision is not only justified but necessary to protect the existence of a state. A state cannot be left alone to defend itself from outside aggression. In the third case also, it is justified because a financial emergency could cause severe stress among the population, plunge the country into chaos and jeopardize the existence of the whole country. Such provisions exist even in USA. The second provision is most controversial. It gives the center the power to take over the control of a state. However, such an action can be taken only upon the advice of the governor and such an advice is not beyond the purview of the Supreme Court. In a recent case, Supreme court ruled that the imposition of Presidential rule in the state of Bihar was unconstitutional.

Thus, it can be safely said that Indian Constitution is primarily federal in nature even though it has unique features that enable it to assume unitary features upon the time of need. 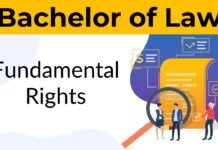 What do you understand by fundamental rights? 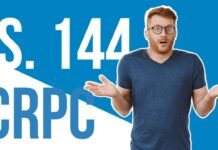