Home Bachelor of Laws Case Laws Disclosure of Identity of Examiners, Can Lead to Dire Consequences THE INFORMATION SOUGHT FOR BY THE RESPONDENTS WERE denied by the State Public Information Of ficer and the Appellate Authority. However, the S tate Information Commission allowed the second appeal and held that there is no fiduciary relationship in case of answer scripts. Further, the interview marks cannot be considered as personal information, since the public authority had already decided to publish them.

Both the High Courts of Kerala and Allahabad have taken the view, following the earlier decision of Supreme Court that no fiduciary relationship exists between the appellants and the respondents and, therefore, the information sought for have to be supplied to them.

The short question which needs consideration in this case is as to whether the Kerala High Court has rightly held that the respondents are entitled not only to get information with regard to scan copies of their answer sheet, tabulation-sheet containing interview marks but also entitled to know the name of the examiners who have evaluated the answer sheet. The Supreme Court allowed the appeals in part and modified the judgement to the extent that the respondents-applicants were not entitled to the disclosure of names of the examiners as sought for by them.

The operative part of the judgement read as under :
We do not find any substance in the reasoning given by the Kerala High Court on the question of disclosure of names of the examiners. In the present case, the PSC has taken upon itself in appointing the examiners to evaluate the answer papers and as such, the PSC and examiners stand in a principal- agent relationship. Here the PSC in the shoes of a Principal has entrusted the task of evaluating the answer papers to the Examiners. Consequently , Examiners in the position of agents are bound to evaluate the answer papers as per the instructions given by the PSC. As a result, a fiduciary relationship is established between the PSC and the Examiners. Therefore, any information shared between them is not liable to be disclosed. Furthermore, the information seeker has no role to play in this and we don’t see any logical reason as to how this will benefit him or the public at large. We would like to point out that the disclosure of the identity of Examiners is in the least interest of the general public and also any attempt to reveal the examiner’s identity will give rise to dire consequences. Therefore, in our considered opinion revealing examiner’s identity will only lead to confusion and public unrest. Hence, we are not inclined to agree with the decision of the Kerala High Court with respect to the second question.

The Commission has reposed trust on the examiners that they will check the exam papers with utmost care, honesty and impartially and, similarly, the Examiners have faith that they will not be facing any unfortunate consequences for doing their job properly. If we allow disclosing name of the examiners in every exam, the unsuccessful candidates may try to take revenge from the examiners for doing their job properly. This may, further, create a situation where the potential candidates in the next similar exam, especially in the same state or in the same level will try to contact the disclosed examiners for any potential gain by illegal means in the potential exam.

In the present case the request of the information seeker about the information of his answer sheets and details of the interview marks can be and should be provided to him. It is not something which a public authority keeps it under a fiduciary capacity. Even disclosing the marks and the answer sheets to the candidates will ensure that the candidates have been given marks according to their performance in the exam. This practice will ensure a fair play in this competitive environment, where candidate puts his time in preparing for the competitive exams. A PERSON CAN CHANGE HIS RELIGION AND FAITH, BUT NOT THE CASTE 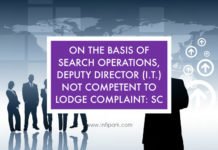 ON THE BASIS OF SEARCH OPERATIONS, DEPUTY DIRECTOR (I.T.) NOT COMPETENT TO LODGE COMPLAINT: SC 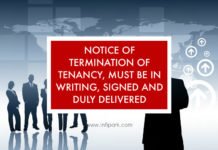 NOTICE OF TERMINATION OF TENANCY, MUST BE IN WRITING, SIGNED AND DULY DELIVERED 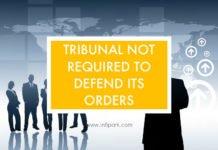 TRIBUNAL NOT REQUIRED TO DEFEND ITS ORDERS