RELIGION
1. The important Rig Vedic gods were Prithvi (Earth), Agni (Fire), Vayu (Wind), Varuria (Rain) and Indra (Thunder).
2. Indra was the most popular among the during the early Vedic period.
3. There were also female gods like Aditi and Ushas. There were no temples and no idol worship during the early Vedic. period.
Rigvedic Rivers
LATER VEDIC PERIOD (1000-600 B.C.)
1. This age is also called as the Epic Age because the two great epics the Ramayalia and Mahabharata were written during this period.
2. The Sama, Yajur, Atharva Vedas, Brahmanas, Aranyakas, Upanishads and the two epics are the sources of information for this period.
Political Organisation
1. Larger kingdoms were formed during the later Vedic period.
2. The king performed various rituals and sacrifices to strengthen his position, They include Rajasuya (consecration ceremony), Asvamedha (horse sacrifice) and Vajpeya (chariot race).
3. Kingship became hereditary.
4. Kings assmed titles like Ekrat, Sanlrat and Sarvabauma.
Economic Condition
1. Iron was used extens$vpty in ,nd this enabled the people to forests and to bring more land under cultivation. Agriculture became the chief occupation.
2. Taxes Like Pali, Sulk and Bhaga were collected from the people.
3. Wealth was calculated in terms of cows.
Social Life
1. The four divisions of society (Brahmins, Kshatriyas, Vaisyas and Sudras) or the Varna system was thoroughly established during the Later Vedic period.
2. The Ashrama system was formed to attain 4 purusharthas. They were Dharma, Artha, Kama and Moksha.
Religion
1. Gods of the Early Vedic period like Indra and Agri lost their importance. Prajapathi (the creator), Vishnu (the protector) and Rudra (the destroyer) became prominent during the Later Vedic period.
Advertisement 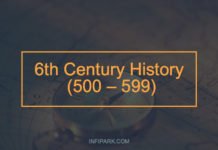